005tools is a simple command line application designed to work with devices that can transfer game saves from CTR-005 (3DS) and NTR-005 (DS/DSi) game cards to your PC. The source code is platform independent, so it can be compiled to run on any system.

Currently, the application only supports the R4i Save Dongle. The code is very flexible, so supporting other devices should be fairly straightforward if I can get my hands on one.

The official R4i software writes 3DS cards in full and then writes the first 16kB again. 005tools mimics this but I haven't bothered to change how the progress bar works, so don't be surprised when the progress bar resets after writing all the data.

Also, when writing 3DS/very large cards on the R4i Save Dongle, you'll notice the progress bar freeze after the first 128 bytes are written. The official software does the same thing, and writing resumes ~7 seconds later. I have no idea why it does this, but the device actually stops responding during this time, probably doing some processing of it's own. 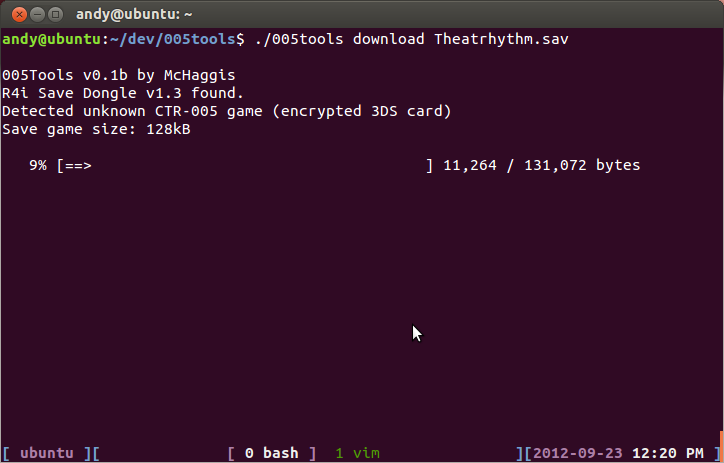