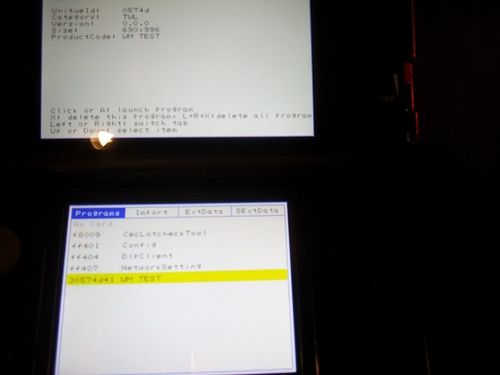 Lazymarek9614 unfortunately not all of them. The best I could get you guys would be CFA, NSA, RSF, AXF, BCWAV, and DESC files but not the few I've found in the lib. btw RSF and DESC are both in plain text. I could also make you guys some custom CXI's to see but I'm not sure how useful they would be to anyone. Lib references Common Header Keys also. I have successfully generated my own CXI file (Hello World), can I upload it here? It had to be made with a nintendo linker but I made the file so does it count as "copyrighted" by nintendo? they didn't approve of this work so I don't think so but I'd rather be safe than sorry.--Xcution

I'm not sure about the copyright... Can you upload the other formats first (if you are allowed to) and wait until you're sure about the copyright stuff. Are the common header keys for 3ds test units only or for the public normal 3ds? I think not all formats are useful for us, but the CXI is.--Lazymarek9614 12:06, 27 November 2011 (CET)