This appears in the play log when Nintendo wants to hide usage of an application. This is seen when some Developer Applications are run as well as when Nintendo Service Center Tools are run. When an application's usage is hidden like this, it also affects the 'Friends List' app. When using a 'masked' application the Friends List will not show it in the list of applications to pick as "Favourite Title", nor will it show up on the 3DS's friend card if the user is using the application (The user appears to be running no application).

This "icon" is used whenever there's a title in the playlog where the title isn't found in the icon cache(as mentioned here), which can be caused by the title not being launched by Home Menu. For example, the Download Play application will be listed like this when it was only ever run by *hax payload without launching from Home Menu. The SMDH icon flag for this appears to only affect icon cache storage, PTM playlog is unaffected. 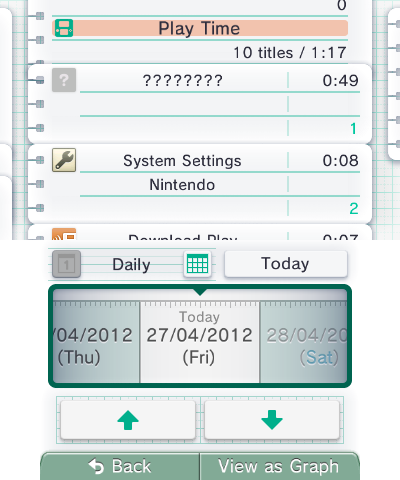